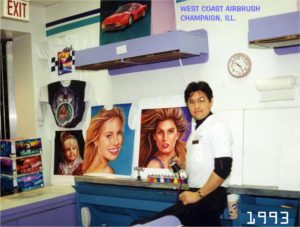 Nick Lee has been an airbrush artist for over 30 years with his roots in T-shirt airbrushing that began in his college years. Before he settled in Las Vegas, Nick was painting custom T-shirts at many of the West Coast Airbrushing locations in the midwest.

After 10 years of traveling around to many cities to share airbrush experience with fellow artists, he decided to move onto the automotive industry. Now the canvas would be cars, motorcycles, and helmets.

The very first client to be was none other than Danny Koker, Count Cool Rider himself of the world famous Count’s Kustoms TV show. The Count hired Nick to paint his first Harley Davidson motorcycle. The chopper’s name was “TATTOO”. Ever since that first encounter in April of 1997, Nick has been busy painting everything Las Vegas has to offer. “It’s been non-stop,” Nick says. “There’s always somebody that needs a consistent, and dependable artist.”

Still airbrushing for dozens of custom paint shops in Las Vegas, Nick Lee has a new shop location along side of O School Choppers. Just one mile south of the new Las Vegas Raiders football arena. 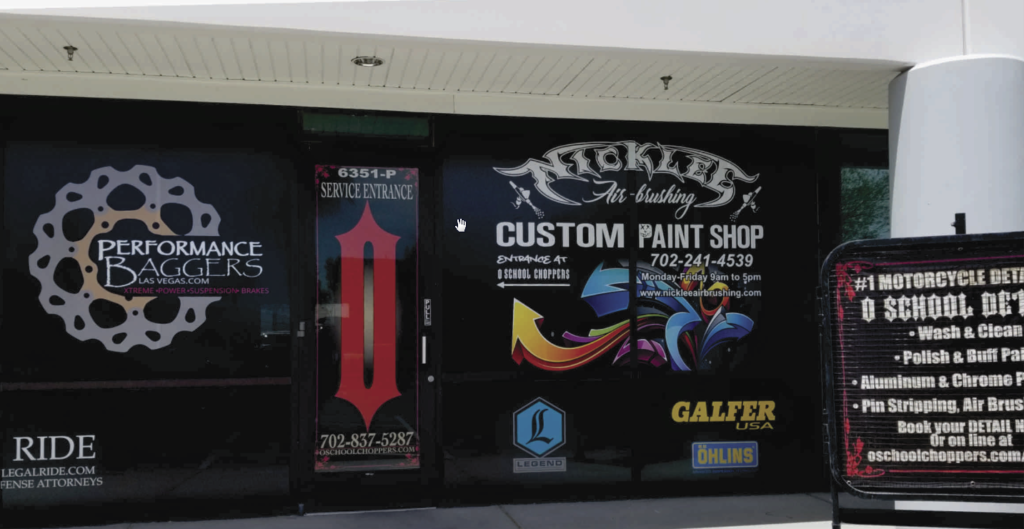